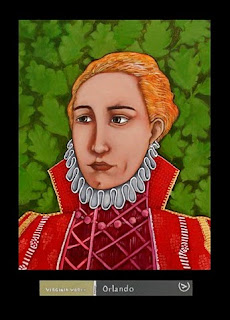 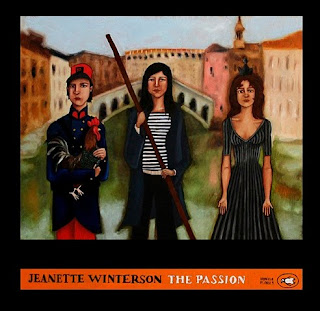 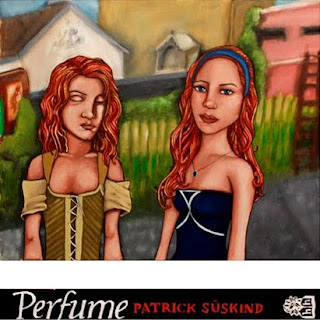 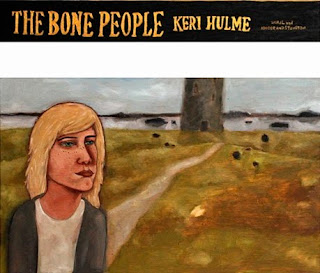 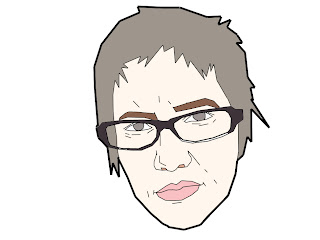 I've come across Tricky Walsh's work a few times before - her name is hard to forget - when I've made one of my many trips down to Tasmania. And so I'm really excited to preview a few pieces from her upcoming exhibition, which will be held at Handmark Gallery in Evandale from August 8. Tricky, who also makes comics, films and installations, is known for her many collaborations: Henri Papin – the Collector; a superfiction (with artist Mish Meijers), and also of The Holy Trinity (with Mish Meijers and Alicia King). She is also a founding member of the Artist Run Initiative Six_a in North Hobart, Tasmania.

Which five words best describe you? They. change. day. to. day.
What was your first job and what path have you taken since? The first job I had was probably one where I had to construct and install Christmas decorations. Unspeakably awful for so many reasons. It has not left a lasting impression on "life as I know it now", fortunately. Except maybe a fondness for really big ladders and a tendency to avoid anything occupationally healthy or safe.
What’s the best lesson you’ve learnt along the way? Keep Going, Keeeeeeeeeeep Going.... And that it's hard work, but that there's nothing I'd rather be doing. Except maybe manufacturing time. There never seems to be enough of that.
What’s your proudest career achievement? I don't think I've done it yet. I think of the whole thing as a bit of a journey with moments or highlights along the way, but really, I'm somewhere pretty early on the track. I hope to be doing this for a long time. Saying that, winning the Hobart art prize last year for a sculpture that I really enjoyed making was pretty nice.
What’s been your best decision? Not being an architect. Awesome idea.
Who inspires you? Perversely, lots of them are architects. So many people and things - I have the most ridiculous book collection. High tech and deconstructivist architecture gets me. Ridiculously beautiful Medieval painting takes me breath away, but then so does the work of Margaret Kilgallen. Comics are the air I breathe - Jaime Hernandez rocks my world, but so does local handmade stuff. Music - a complete necessity. The painter Peter Doig is a current favourite. The installations of Phoebe Washburn literally undo me with their complexity and hand constructed beauty. Literature - the Magic Realists in particular are always inspiring. Gabriel Garcia Marquez, Bruno Schulz, Kathryn Davis (though she sits somewhere else) I could ramble on for ever.
What are you passionate about? Everything. And passionately argumentative about it all too. Art. and Art and Art. Art being something necessary to everyday living. Art being considered as important as accounting or teachers or doctors, and not viewed as this frivolous activity for a self-indulgent minority. I am part of an artist run initiative here in Hobart and I am constantly frustrated by the division - of audiences feeling excluded from art, and not willing to engage, and artists not willing to meet them halfway, and intentionally obfuscate. It's an interesting balancing act - the responsibility of creating things, experimenting with processes, pushing the conceptual envelope, but then having to be inclusive and audience friendly. It's not art's job to make audiences feel safe. Its job is to challenge audiences and hopefully collectively become a more interesting, critically engaged, thinking society. Though I wish sometimes it was not so combative. Of course, this is not the rule, it's the exception by and large. Apparently art used to be an Olympic event until 1948. You could get medals in architecture, literature, music, painting, and sculpture. I think this is hilarious - but I like that it was championed at some point.
Which person, living or dead, would you most like to meet? Most of the people I would probably pick are creative people who realistically would probably be the same brand of socially awkward that I am.
Awesome person: Hi.
Me: Hi.
Long silence.
Inner Monologue: Jesus! say something you total moron! No - not that - say something else, something witty and sharp and not something an utter awestruck dolt would say - not that common, uninspiring predictable rubbish...
Me: I really love your work.
Inner monologue: Nooooooooooooooooo..........
I prefer to appreciate people's efforts, I think... from afar.
What dream do you still want to fulfil? I just want to keep going. I want to be working right up until the point of decrepit or dead. And I want the work to get better, and I want to at some point to make something that is *absolutely* right. There's always something not quite right or not finished or something niggly that makes me strive next time to get a bit closer to that point of rightness. But I also want that thing to happen just before the decrepit and dead bit otherwise I think it would be a bit pointless afterwards. Maybe.
What are you reading? The Story of Edgar Sawtelle. I picked it up from the airport bookshop the other week because it has a pretty cover, and a complete absence of vampires.