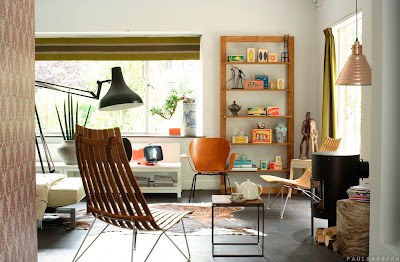 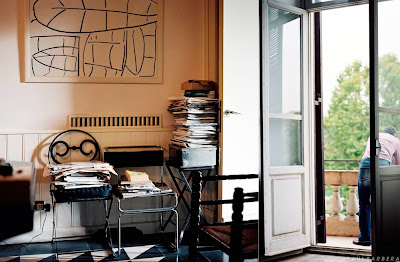 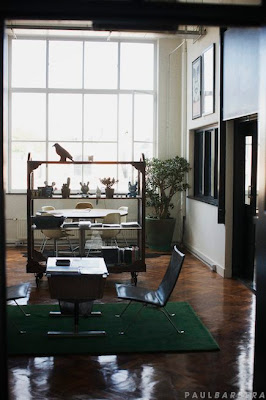 ...and pics from the Where They Create project. 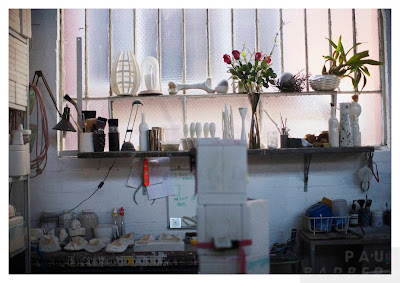 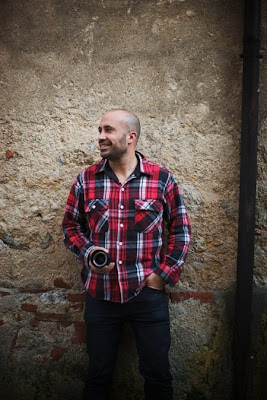 While others talk or write, Paul Barbera shoots. He is a prolific and passionate photographer, with many projects on the go at once. With good reason, Paul is gaining a lot of traction for Where They Create, whereby he goes into the studios and creative spaces of artists around the world and documents them at work. Paul is also working on Love Lost (and there's some of his other commercial photography at Where We Collaborate). If that's not enough, Paul is currently in Amsterdam, creating his third book project.

Which five words best describe you? Silly, focused, hard working, determined, travel.
What career path have you taken? I have not really taken one. Photography found me in Egypt at 16. In short, I was terrible at school, and photography was the first thing I did that made sense. Then it took 15 years to find and focus on what I do, so I feel really at the very start of my career, even though I have been shooting full time for 15 years.
What’s your proudest career achievement? Humanitarian work done in Peru and India, on two different shoots; shoots that felt really good, I guess, very real. And did some good.
And I guess moving to Amsterdam 9 years ago and starting my career from the start again. Knowing in my heart that I had to do it.
What’s been your best decision? To buy a studio with my brother Daniel Barbera (a designer) where we work and live from. Although, I guess I am only there 3-4 months a year, as I am traveling a lot.
What are you passionate about? Life, friends, family, so they're the regular ones. But, specifically, whatever I happen to be into at that second - I go crazy for that one thing - then move on, but always keep that intense feeling, and I can launch back into it when I need to. Where They Create and Love Lost are my two projects at the moment. I can see what they will become and where it's going. I have endless time and energy for it. When anyone engages me for a project that I can put myself into, which is often the case, I go crazy. Doing what I do, sharing and seeing where it might go.
What’s the best lesson you’ve learnt? Trust myself, and forget about the rest; get on with doing what you love and everything will fall into place. This is not really a creative answer but a good example: in 2001 I had a little spare cash, and asked a broker to buy me some Apple shares. He said, "No, it's a bad choice - don't buy tech shares." But I said the ipod is just out, I love Apple and I believe in the product. But he was insistent that it wasn't a good choice, and because it was the first time I was trading in shares I went with his recommendation for bank shares. The Apple shares are now 20 times the value they where just 10 years ago. What I had only doubled. Trust your instinct.
Which person, living or dead, would you most like to meet? Tim Walker, Richard Kern, Philip Lorca di Corsa, Roman Polanski, Woody Allen, Abraham Lincon, Federico Fellini, Trevor Jackson, Lucio Fontana... there are so many more.
What dream do you still want to fulfil? For me, it's to put out a book project once or twice a year. So, so many: I guess to help out more than I do. But to be doing books 60% of the time; I have about 20 more ideas that I want to do. My life time will not be enough time to complete the projects.
What are you reading? I've just finished Revelation Ark by Alastair Reynolds, Freakonomics, The second coming of Steve Jobs. I'm now reading Cryptonomicon by Neal Stephenson.