Now reading: the diving bell and the butterfly
PrevNext 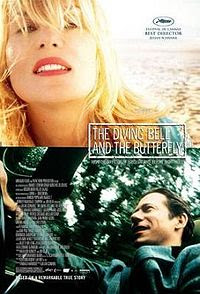 Can I just say now that I'm in love with Julian Schnabel. I've written about my crush before. But after finally getting to watch The Diving Bell and The Butterfly it's getting to become a full-blown obsession. I'd love anyone to recommend a book about Monsieur Schnabel. I HAVE to learn more!

Oh, and the film - divine. Beautifully shot. An inspiring story. Definitely worth watching. It made me want to buy the book that it's based on by former Elle editor Jean-Dominique Bauby called Le scaphandre et le papillon.

A few little facts about the film:
* Johnny Depp was originally going to play the lead.
* Julian Schnabel learnt French to make the film.
* Julian Schnabel won Best Director at both the Golden Globe Awards and Cannes Film Festival among a stack of other awards.