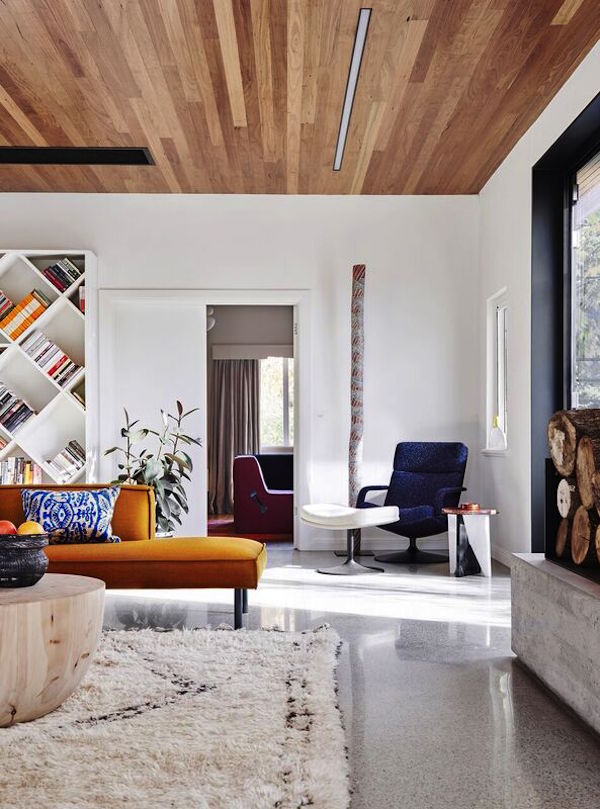 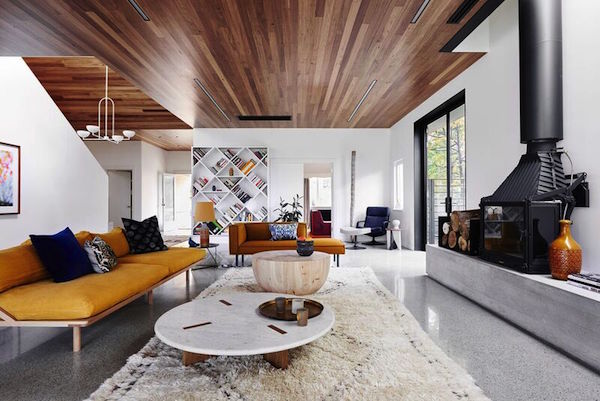 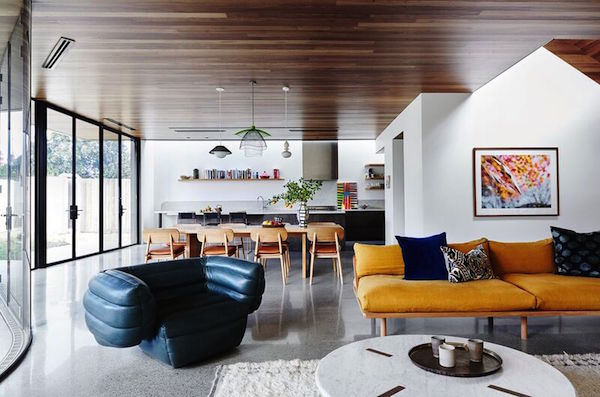 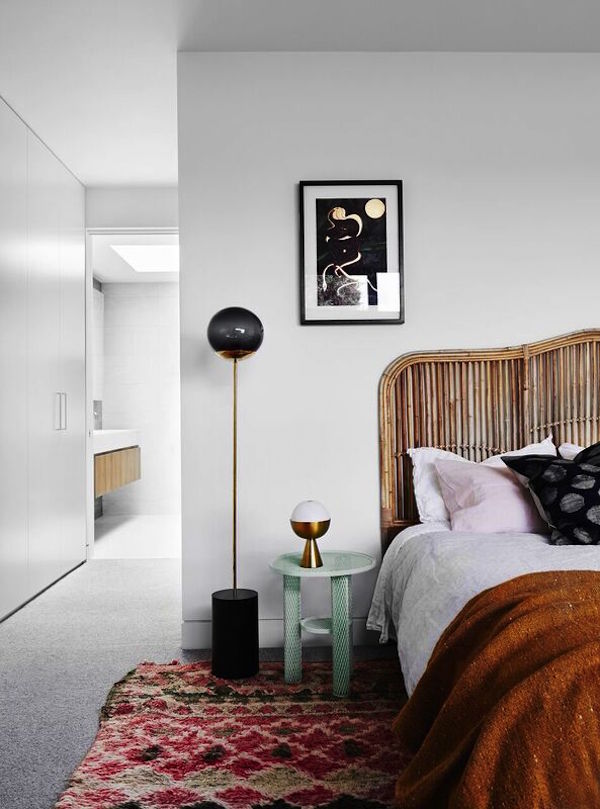 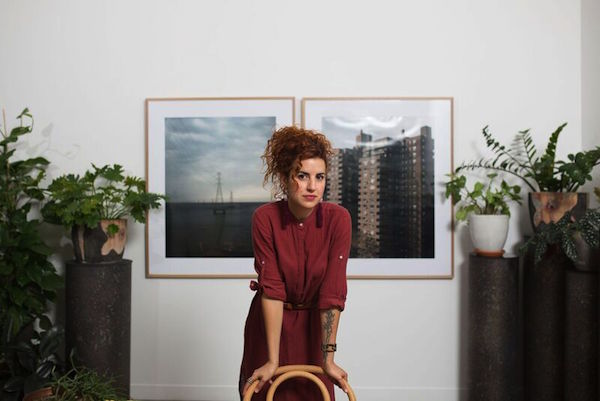 Yasmine Ghoniem is a Sydney-based interior designer and director at Amber Road Design.
Read her Daily Imprint interview with her sister and co-director, Katy Svalbe, here.
Yasmine talks us through the design process for a house she worked on in Melbourne recently, the Deco House.
What was the starting point? The existing house was built in the 1930s, with an incredibly sweet heritage listed Art Deco facade. Our brief was simple: to create an honest relaxed living environment for a young growing family of four. Inspired by the freshly built architectural vernacular by Folk Architects, subtle references to the property's Art Deco heritage, remained the core of our furniture and lighting selections.
What approach did you take? The 6m entry corridor was adorned with a custom textured runner featuring golds and earthy browns, marrying similar tones found in the living spaces and suspended at the very junction where old met new, hung a custom pendant by Anna Charlesworth which we had commissioned for the space. Oversized floor rugs helped define zones in the open-plan living on ground level. In the living area, the two lounges were selected for their low height to mimic the low linear concrete ledge built opposite. This created a beautiful marrying of hard and soft elements. A ribbed teal leather armchair sat alongside the organic glass facade as if with open arms; and end to the family circle. Steering away from a cluster over the dining table, three very individual pendants yet wonderfully complementary fittings were selected, married only by colour and height installation. Loose furniture in the children’s rooms chased the curves found in the circular window details from base build and three dimensional wall masks complemented the client's own artwork collection. Spaces were unified with the same soft linen drapes, in different colours.
What influenced your choice of materials and palette? We were engaged very late in the game, half way through the build actually, so the materiality, base palettes were already fixed by the architect. The neutrality of the warm stringy bark timber ceilings and concrete floors screamed for colour to be the hero. The deep teals with ochre injections were layered throughout, selected for their subtle nod to the richly decadent period. The budget informed decisions to use local and emerging furniture fabricators and suppliers. This not only gave us the opportunity to support the Melbourne design community, but allowed our budget to stretch and pair more affordable selections with incredible lifelong additions.
What obstacles did you encounter, and how did you overcome them? The client was after a combination of vintage and new pieces, but really feared having the interior look too designed, too “schmick”. Our objective was to essentially create a space which didn’t assume a designer had been engaged, which was actually quite a tricky task. So I took it back to the basics. I asked some questions to myself. What makes a home feel like a home? Would I still love this piece in 10 years from now? The result, a very casual yet deliciously considered space.
What’s your favourite feature? We have two equally stunning favourites. One, the custom pendant at the entry by Anna Charlesworth. And second has got to be the Baxter “Tactile Chair”, no?!
images courtesy of amber road design; photography lisa cohen and styling alicia sciberras