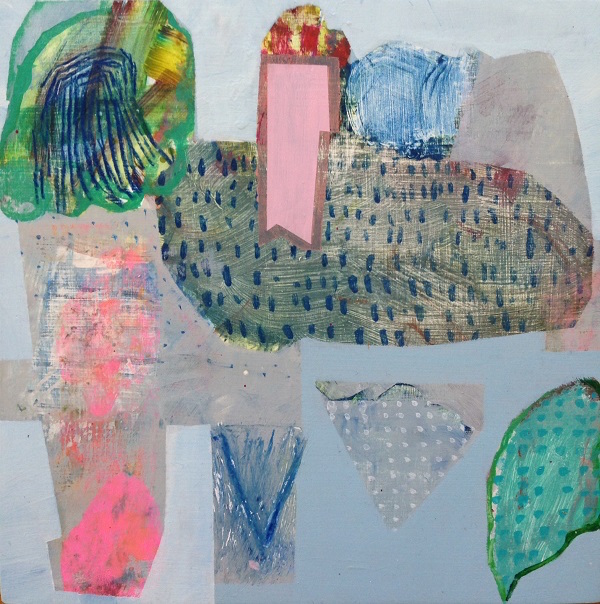 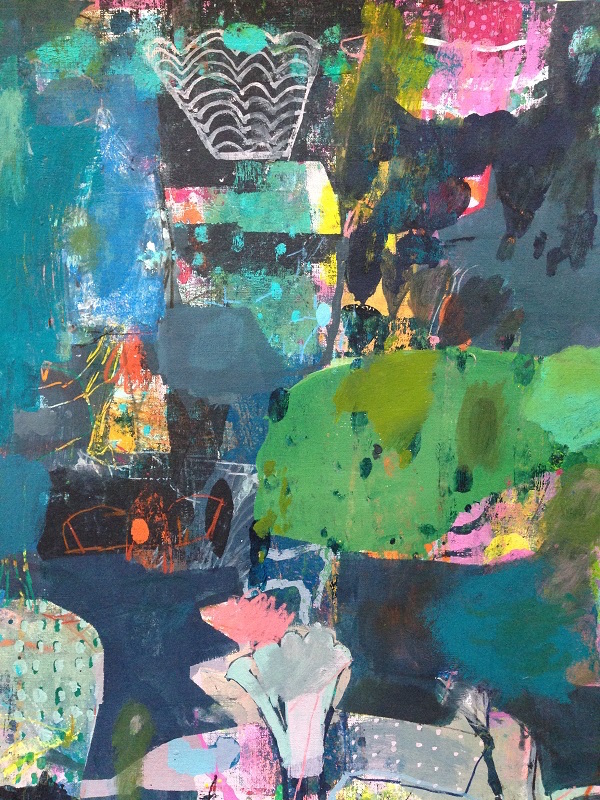 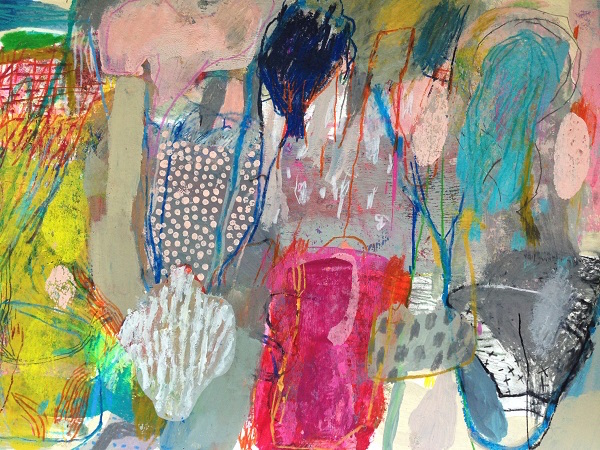 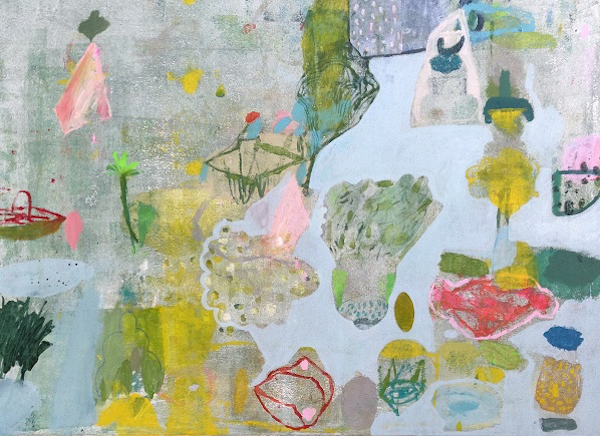 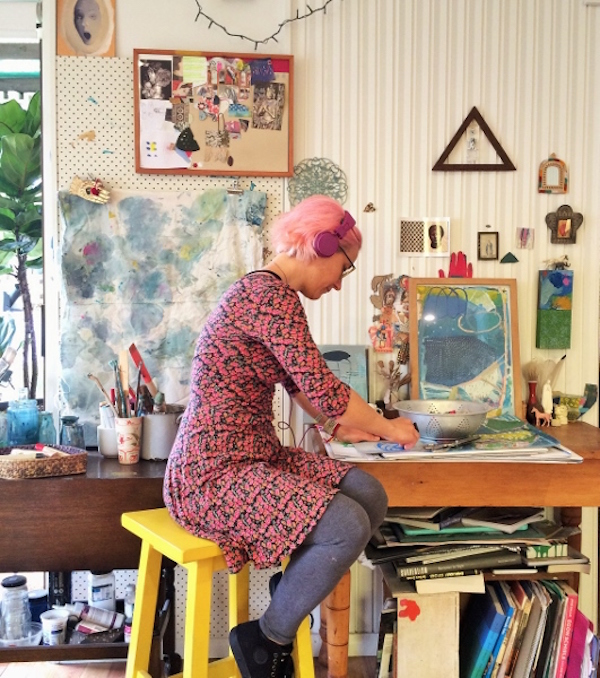 While Emily Besser is starting out on her full-time art journey, it is also something that she is returning to. “Because I’m adrift without it,” she says. The Sydney-based artist completed a Bachelor of Visual Arts with First Class Honours at the Sydney College of the Arts in 2001 but then she changed careers and went on to study law. At the time Emily wanted greater job security and while she had been immersed in art theory and practice, she didn't feel equipped to focus on her art practice.
Over the next decade she steered cleared of commercial law and worked in Native Title law. "It was an incredible experience," she says. Emily moved to Dubbo and from there travelled around NSW visiting traditional owners and Native Title claimants. "But I didn't ever really think much like a lawyer," she says. "Instead I'd come home from meeting these amazing families, visiting their ancient lands and hearing their stories and I'd be compelled to draw and paint and write."

It wasn't until she moved away from Native Title work towards environmental and then planning law that the connection to her work - both in the legal and art fields - started to fade. But after having children she managed to reconnect to her art practice - drawing and painting while her children slept. “The day I quit practicing as a lawyer I felt that I was on the right path,” she says.

Emily now exhibits regularly at Boom Gallery in Victoria and  is working towards an exhibition at the Chrissie Cotter Gallery in Camperdown. Her show Myths to Live By runs from 18 - 29 November.
Which five words best describe you? Emotional, sensitive, kind, habitual but disorganised.
How did you get your career start and what path have you taken since? After art school I went to law school and became a lawyer in Native Title law, then environmental and planning law. I spent a decade doing that but I’ve recently picked up where I left off with my painting after graduating from SCA. Where I left off was as a very young person and a very young painter, and I have a lot painting hours to punch-in before I can say that I’ve caught up.
What’s the best lesson you’ve learnt along the way? That the journey is the thing - Ralph Waldo Emerson. And that while painting is hard at times it might just be worthwhile, after all.
What’s your proudest career achievement? Becoming a finalist in the Kogarah Art Prize, 2015.
What’s been your best decision? Choosing my life-partner and deciding to have kids.
Who inspires you? Mothers everywhere, and my husband, who is a journalist with deep integrity.
What are you passionate about? I’m passionately against racism and xenophobia, and whole-heartedly for people in general being treated fairly. I’m very much for women’s rights, especially to bodily integrity and autonomy; and the rights of the child: to relax and particularly to play.
Which person, living or dead, would you most like to meet? The mythologist and writer Joseph Campbell, and maybe Plato, and maybe Mary Magdalene, just to get her side of the story.
What dream do you still want to fulfil? I’d like to paint much larger than I currently do, but I don’t have the space. I’d like to move my studio from the corner of the kids’ playroom into the garage.
What are you reading? Non-fiction books on psychology and history, and art magazines.
images courtesy of emily besser