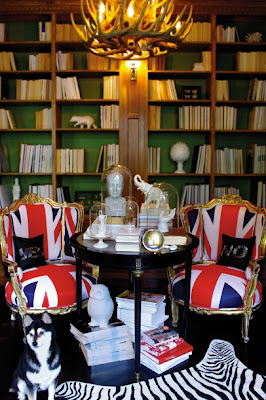 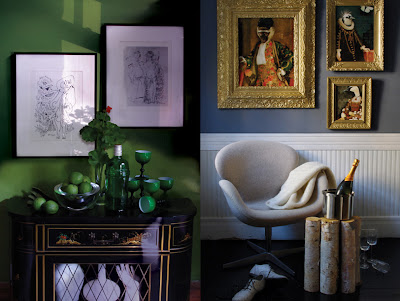 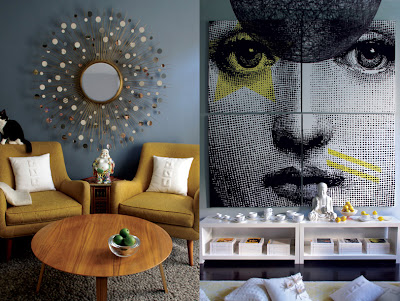 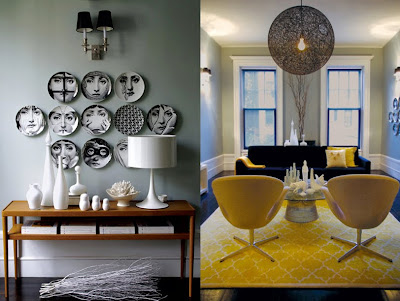 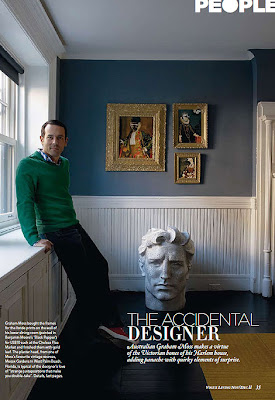 Graham Moss, an American who grew up in Australia, has always had an eye for detail. He spent his childhood creating murals on his bedroom wall and building makeshift furniture from his toy building blocks. After a career in the corporate world, Graham accidentally fell into interior styling. It turns out he was a natural. Since then Graham has started his own interior styling business in New York and has worked alongside interiors and lifestyle guru Martha Stewart. Also, his home in Harlem was recently featured in Vogue Living.

How did you get your career start and what path have you taken since? This career started completely by accident. I was working in corporate branding for many years, and used my own living environment as a means of creative expression. After my place was discovered by Vogue Living and various blogs, people just started asking me to help them with their own environments, to the degree that it somehow morphed into a full-time job.

The path that's presented itself has been one of creating residential interiors in the city of New York - the architectural envelope and the decoration of them. Each situation is totally different and I am constantly invigorated and challenged by the unique circumstances of every project.

What’s the best lesson you’ve learnt along the way? To always test limits - those of my clients as well as those of myself. It almost always pays off and makes for a better quality, more exciting and satisfying outcome.

What’s your proudest career achievement? One day out of the blue I was asked to co-host the Martha Stewart radio show - it was surreal, a true honour and a privilege to even be asked. Martha is a real inspiration in terms of her own life achievements. I love how she actually possesses true skill and talent. She is in charge of an empire and yet she still appears to get her hands dirty, literally and figuratively. I'm hoping one of my current projects is going to be a bit of a milestone. It's a beautiful apartment I am working on for a couple with eight children!

What’s been your best decision? To take risks - not just in my work, but in most aspects of life. As long as they're considered and 'educated' risks it's what puts you ahead of the pack I think (if they pay off, of course.)

Who inspires you? I love Kelly Wearstler and I love Jonathan Adler. Not just their style but also what they've achieved with their brands by being themselves and not straying from that. They also seem like fun, genuine people I'd like to know!

Which person, living or dead, would you most like to meet? I would love to meet some of modern history's true style icons. Especially the ones who've broken ground successfully, and the ones who've got strong personas with a touch of the eccentric genius about them like Andy Warhol, David LaChappelle, Katherine Hepburn, Picasso, Yves Saint Laurent.

What dream do you still want to fulfil? I still have not quite managed to find a healthy balance between work and relaxation - a few more holidays and a little less work would be a dream come true.

What are you reading? I just finished The Alchemist by Paulo Coelho - amazing, uplifting, what a life lesson. I want to read it again! I’m about to embark on The Memory Keeper's Daughter by Kim Edwards.