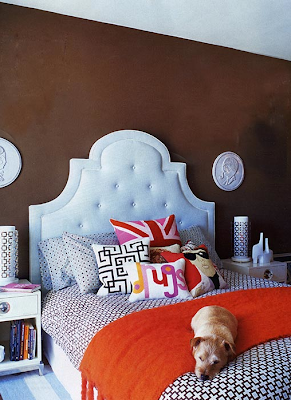 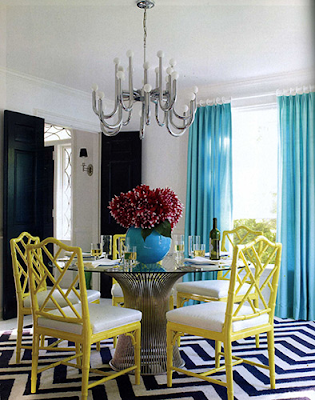 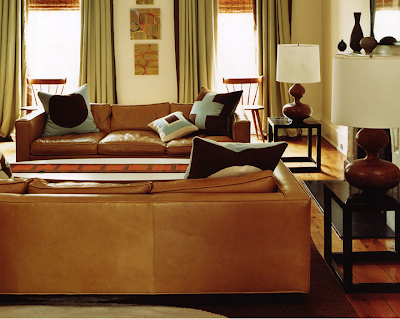 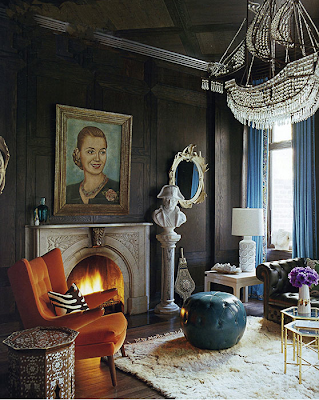 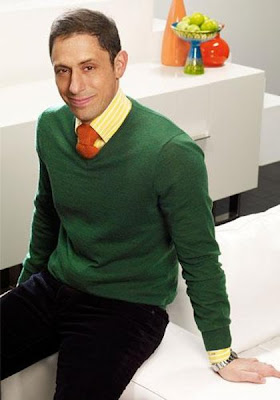 There are few other potters in the world who have made such a mark on design (and contemporary culture) as Jonathan Adler. He is one of the major voices in the interior design world, known globally for his strong use of colour, graphics and mid-century styling, especially in his interior design work, pictured above. Jonathan has also managed to cross over and be known to the broader public thanks to his furniture and homewares (available across his 14 stores, and at a multitude of global stockists) and his role as lead judge on TV's Top Design.

But it's worth noting what motivated Jonathan at the very start. It wasn't money or fame. It was the simple desire to be creative. Jonathan was born in New Jersey and studied semiotics and art history at Brown University all the while dedicating much of his free time to pottery. In 1994 he showed some of his first pots to Barneys, which quickly placed an order. Eight years later he launched a furniture collection. He has been unstoppable ever since.

How did you get your career start and what path have you taken since? My career has been very accidental. After a series of go nowhere jobs in the film industry, I decided that I had no future and I might as well do what I love and just be a potter. I envisioned years of hocking my wares in rain-soaked craft fairs in upstate New York. I got myself a studio and starting throwing all day every day. I got my first order from Barneys and the short story is that the rest is history.

What’s the best lesson you’ve learnt along the way? That if someone tells you that you can't do something, that you do it anyway. Only you know what you are truly capable of achieving.

What’s your proudest career achievement? Every time I open a new store, I feel very proud. We just opened our 14th location, a fab new store in Atlanta.

What’s been your best decision? To follow my dream and do what I love. That and going on a blind date 16 years ago with Simon Doonan.

Who inspires you? My holy trinity of muses are Bjorn Wiinblad, Bonnie Cashin and Alexander Girard, all of whom were mid-century designers who made stuff that was gorgeously chic and inspiringly optimistic.

Which person, living or dead, would you most like to meet? Auntie Mame

What dream do you still want to fulfil? To design an airline! Also, I wouldn't mind a potters wheel over-looking the Faraglioni.

What are you reading? The Kids are Alright by Patti Smith. I have a pretty complicated business and sometimes I forget that the whole reason I got into this was because I had something to say, I had to make pottery, I had to be creative, I had to had to had to! This book reminds me of my early years which were only about creativity and I was totally broke.