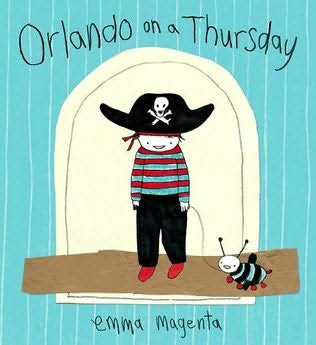 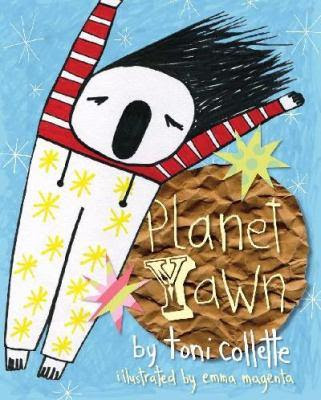 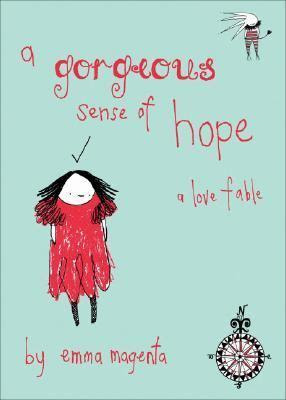 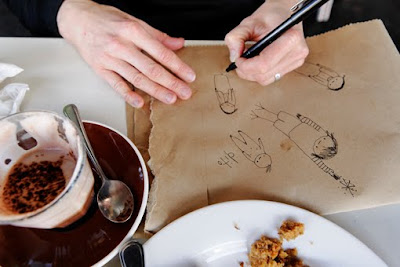 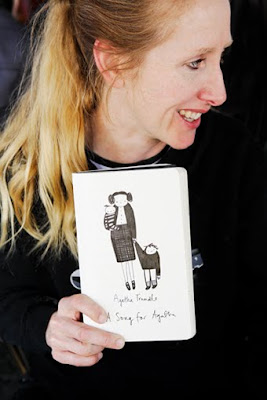 For those of you who've been around since good ol' days, you might recall that I featured Emma Magenta on one of my design*sponge guest blog post. It's interesting to read the interview again because after spending the day with Emma I can really hear her voice in the characters of her books. Ie, funny, quirky and wonderfully honest. So if you're interested to know what the home of an artist/illustrator/author looks like, visit Frontliners. The answer is here.

How did you develop the "Magenta" character? She evolved from drawing at the front desk at Berkelouw Books in Paddington for many years. I would stick my drawings to the wall behind the desk and also place one in the front window, which drove my boss quietly insane at first. I mostly worked the night shifts and when you work a casual job until midnight you can begin to connect with a very interesting place within yourself. Thankfully, I found this alter-ego character to have a conversation with and often she would inform me of confusing feelings about various things. I would never draw her until I experienced a certain feeling of excitement about what she had to say. And I would draw her with my left hand, so as not to be distracted by intellect and to let the pen just create the feeling of her. You could say she emerged as a response to finding hopeful solutions to a series of pressing issues that I felt were obstacles to joy.

What came first - the illustrations or the words? More often than not, the drawing would come first, however, there have been times when I have overheard something that’s VERY funny and it opens a door in my mind to create a drawing. When I write a book though, it is a little less spontaneous. I write a lot though, continuously in fact, and things emerge, reoccurring motifs of an idea that I realise I am trying to work out for myself, so the book becomes how I arrive at the solution for myself.

What's the story behind the publication of the first book? That was an incredible and magical thing. Bradley Trevor-Grieve and Deborah Bibby walked into the shop one evening and purchased two of my drawings. Together they offered me a book deal through a publishing house they created together called Night Butterfly. Later my work was sold to Random House Australia and Andrews McMeel in the US. It was pretty much through the belief and support of these two people in my work that my book came to fruition, and I am forever thankful to them both.

Who inspires you? It is a strange list. Certain friends of mine who are extremely funny really have to take first place. My son Orlando and Arturo, Orlando’s father, inspire me every day. Then there are better known people like: Jane Goodall, David Attenborough, Lisa Gerrard, Louise Borgeouis, Frida Kahlo, Remedios Varo, Bjork, Andy Warhol, Shaun Gladwell, Bill Viola, the imagination of JKRowling, Sylvia Plath, Jeanette Winterson, JD Salinger, Rumi, Tove Jansson… so many… then there is some kid’s hand-made, hand-painted book about an unhappy cow who had a dream that I saw up in Jabiru Public Library in Kakadu National park… it changed my entire life.

What's next? [Note: answered at the time of the design*sponge interview.] I have just completed illustrating a children’s book written by Toni Collette called Planet Yawn. It is due for release in October and that was a pretty exciting project. I am currently making my first animation. I was offered the opportunity by Hopscotch to write and draw an idea that I had been nurturing for a while about a character called Phillipa Finch. It is a very exciting project that is bringing together the talents of the boys from The People’s Republic of Animation, the music of Tony Dupe and the voice of Toni Collette.