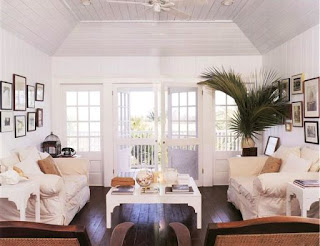 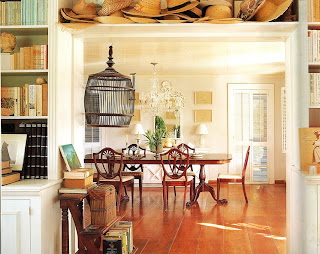 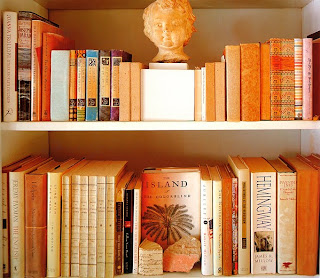 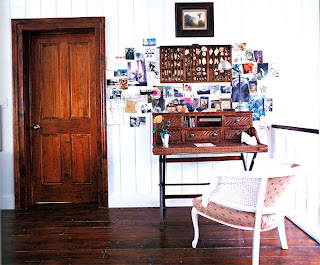 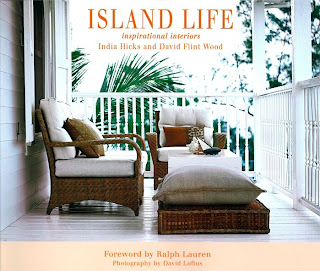 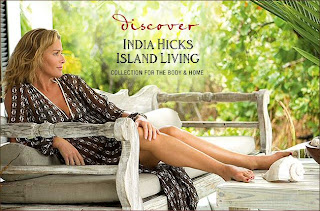 India Hicks proves you should never judge a person by their family tree, beauty or book cover. I recently had this "a-ha" moment in a Sydney bookshop. Previously I had admired the photos of her Caribbean home via glimpses in magazines and blogs. I had bookmarked a spread in Cookie magazine when India looked glamorous yet completely natural with a baby girl on her hip and three boys sauntering at her side (they too appearing film-star cool, wearing Ray Bans). I was also aware of India's successful stint hosting Bravo TV's Top Design, not to mention her home and body range for Crabtree and Evelyn.

But it wasn't until I had a good look within the pages of her book Island Life that I became spellbound. It wasn't just the beautiful library of books in Hibiscus Hill. Nor the decor, which made me think of Hemingway by the sea with its dash of colonial Africa, or the rows of photos celebrating family and her boys. As Ralph Lauren says in the foreward, something else was afoot:

"The style of her homes on the island is impressive and I was also captivated by the romance of the story that lay behind their creation. It strikes me that many people may dream of leaving high-profile lives in New York or London to go and live on a tropical island, but very few actually do it - or have the imagination and creativity to make it work."

Yes, India is a model turned interior designer, daughter of the late interior design icon David Hicks, granddaughter of Lord Mountbaten, the last Viceroy of India, bridesmaid to Princess Diana, goddaughter to Prince Charles. But she is much more. As I've quickly learnt India is warm, generous and down-to-earth, which is very much reflected in her homes.

Which five words best describe you? Way too bossy but dependable.
What career path have you taken? I have never thought of my life in terms of a career.
What’s your proudest career achievement? The partnership between myself and Crabtree & Evelyn.
What’s been your best decision? Following my heart, which lead me to an island life and four children.
Who inspires you? Anyone who makes their own impression. Noel Coward for instance, he had an individual style and elegance, and a world-class wit.
What are you passionate about? The creative world.
What’s the best lesson you’ve learnt? Plus est en vous. More is in you.
Which person, living or dead, would you most like to meet? God, just to be sure.
What dream do you still want to fulfil? Too many to list...
What are you reading? James and The Giant Peach, to my six-year-old each night.

sneak peek at my first ever styling shoot