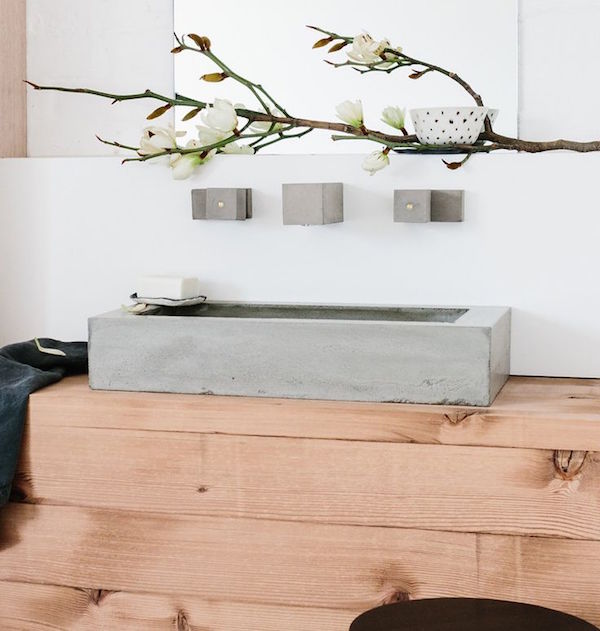 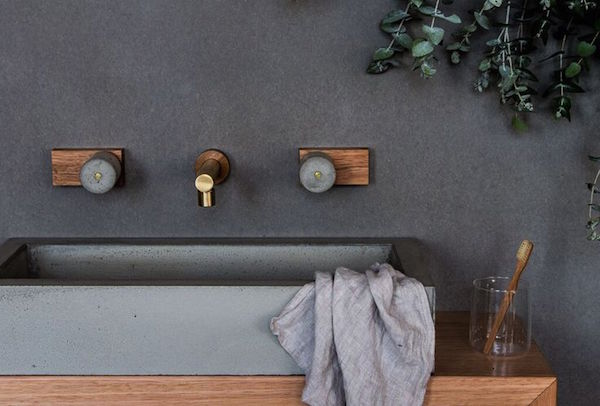 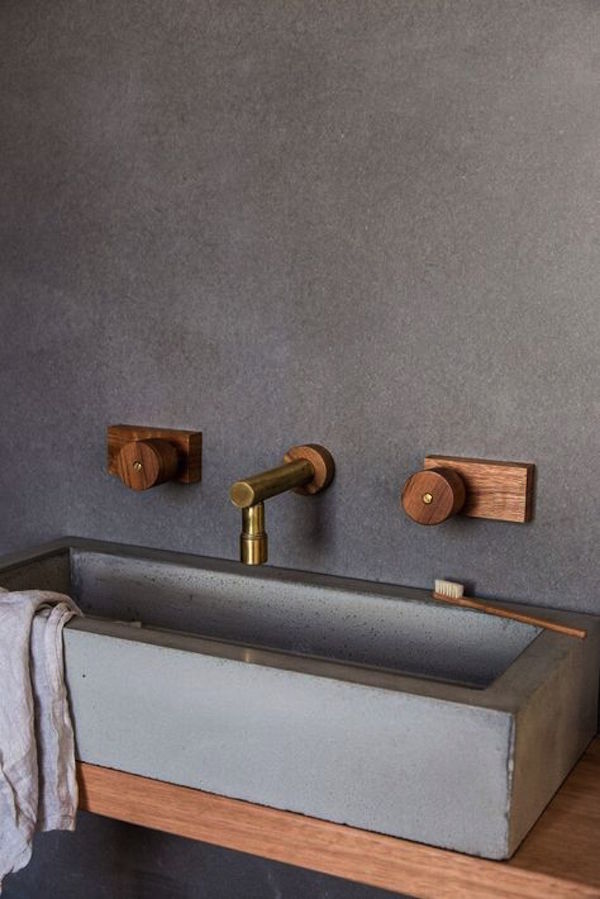 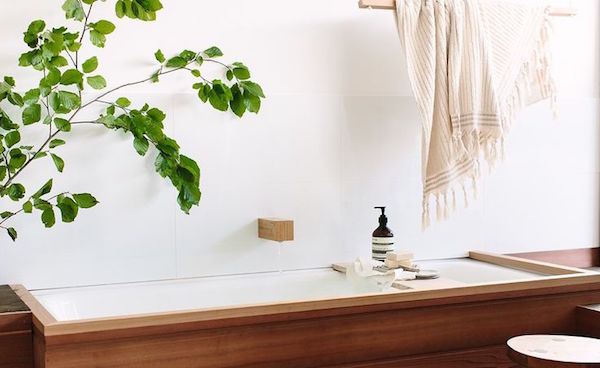 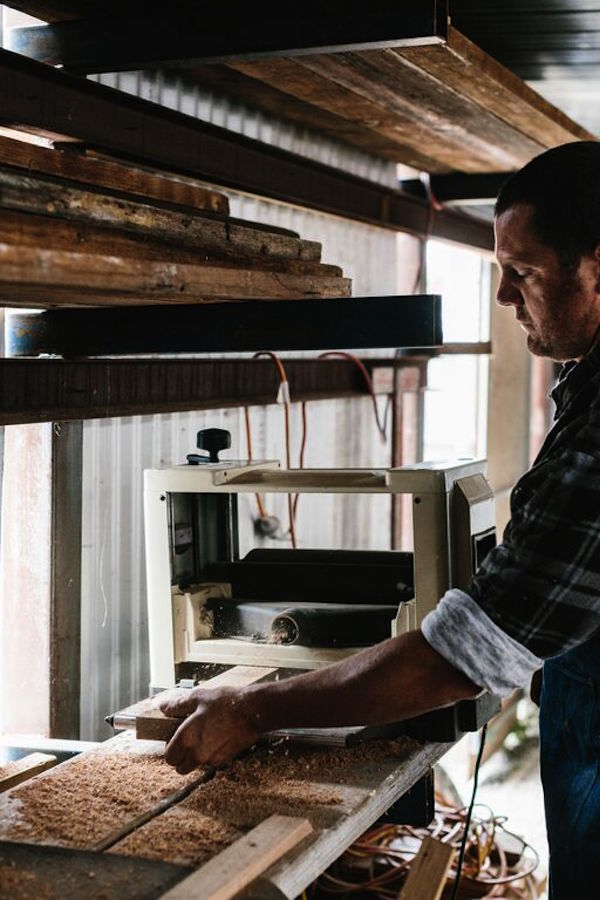 “I feel like I’ve always known where I wanted to go,” Oliver MacLatchy says. However, it was when he first came up with the idea for timber water spouts in 2013 that he got a real sense of momentum to his work. Up until then he had been focussed on carpentry in building projects. For the first 10 years of his career, he gained experience with his father’s building company, and for the following six years he worked on his own projects - mainly small residential homes. Oliver launched Wood Melbourne in 2014 and he continues to make the timber water spouts by hand in his workshop, using  reclaimed raw timber. They go through a 12-step process that involves de-nailing, sanding and waxing. Since launching Wood Melbourne, Oliver has also developed a range of concrete products too.
Which five words best describe you? Passionate, driven, outgoing, loud - I only need four words!
How did you get your career start and what path have you taken since? I started working with my father as a carpenter building, then I started doing my own little builds. I have always used timber to detail or highlight an area so it has been a natural progression and here I a now.
What’s the best lesson you’ve learnt along the way? As cliche as it sounds self-belief is the driving factor that has enabled me on so many levels.
What’s your proudest career achievement? Opening my own shop was pretty cool.
What’s been your best decision? Asking my wife to marry me.
Who inspires you? People that make a difference. Yanti Turang from Learn to Live, Oliver Percovich from Skateistan, plus fantastic designers and architects. Geoffrey Bawa and Tadao Ando.
What are you passionate about? Design, music, timber, tools and food.
Which person, living or dead, would you most like to meet? I’m in Barcelona at the moment and I would have to toss a coin between Salvador Dali and Pablo Picasso.
What dream do you still want to fulfil? I have plans to build a new home - so at the moment I am looking forward to doing that.
What are you reading? I’m reading a book I got at the London Design Museum called The Rule Breakers - it’s about doing business when you hate rules.
images courtesy of wood melbourne; photography tara pearce and stephanie stamatis (2, 3); styling stephanie stamatis