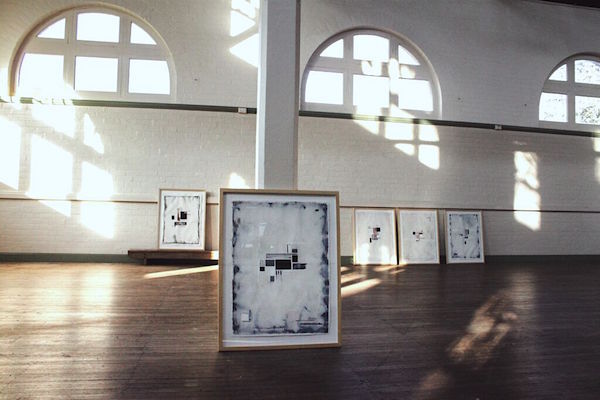 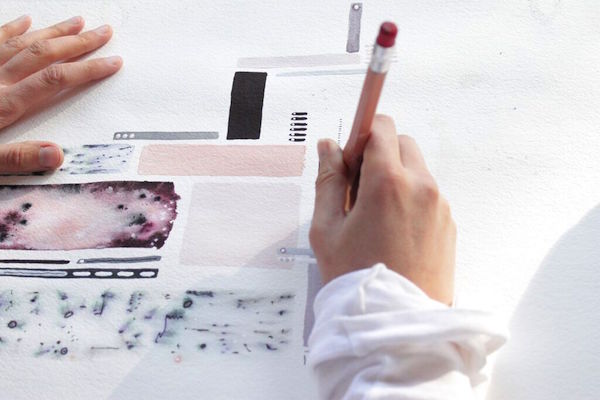 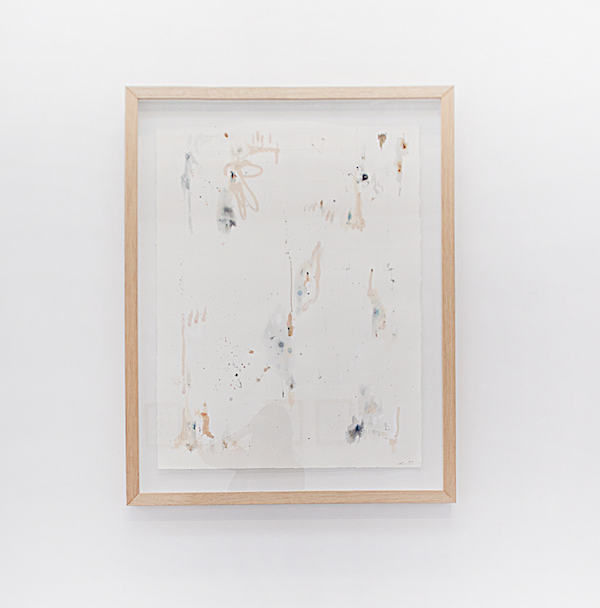 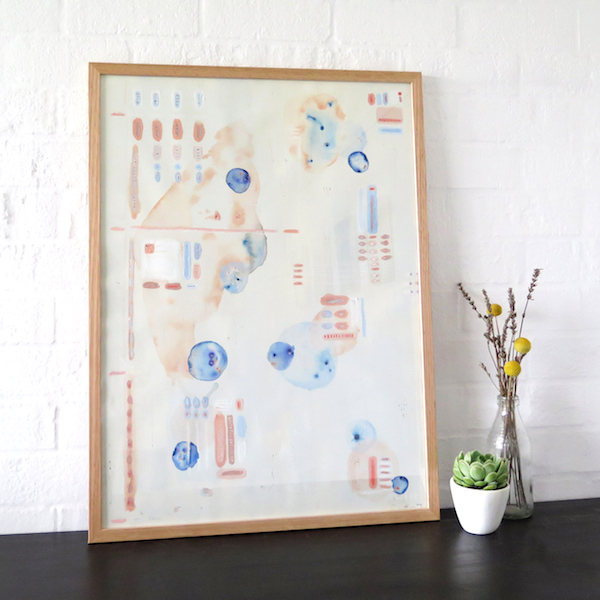 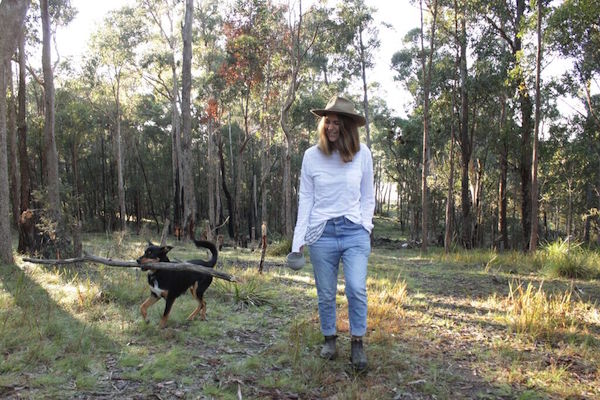 After every road trip, when she was young, Lily Nicholson would draw a map. After returning to live on the South Coast of NSW, after many years up north, she recently came across these drawings and it inspired her most recent series of work. Lily studied Visual Arts, majoring in printmaking, at Southern Cross University. In the past 18 months she has exhibited five times. Her first show in 2014 - “My Kid Could Do That” - was with artist Jordana Henry [interview]. “I realised early on that in order to make a long lasting career out of my art practice, I needed to make the most of every opportunity that came my way, whilst keeping my own authenticity clear,” Lily says. While setting up a sustainable farm, she is also teaching or running art workshops at Bega Regional Gallery as well as continuing her art practice.
Which five words best describe you? Cheerful, ordinary, indecisive, tidy, unassuming.
How did you get your career start and what path have you taken since? I guess it began at the end of uni when a good friend of mine and I decided to start organising shows ourselves, and exhibiting in “interesting” spaces. The small amounts of recognition we received from those first few shows gradually grew and with that, the confidence to push further and reach out to connect with other creatives. In the last 18 months I have exhibited in five shows and been featured on Yen and Est magazine’s websites as well as Assembly Label’s blog.
What’s the best lesson you’ve learnt along the way? I’ve learnt that the difference between success and failure is having the resilience to “get back on the horse” when things don’t go your way. When I decided to move away from the North Coast, and a supportive community of friends and colleagues, I knew I had a harder task ahead of me in chipping away at my creative goals. But I’m proud of myself for sticking with my resolve to slowly build a long-lasting career for myself and it’s been super rewarding to watch this path unfold.
What’s your proudest career achievement? My latest exhibition at Mild Manners Project Gallery in Surry Hills was pretty fantastic. We - Weak End Club and I - worked really hard for months to get the exhibition up and running. It almost didn’t happen at one point so to have pulled it off with such a successful reception was really self-assuring.
What’s been your best decision? Honestly, and I’m not sure I would have said this six months ago, making the decision to move home. I don’t think I’ve ever been so certain about being anywhere and I feel more grounded than I have in a long time. I think - or hope, this has also reflected in the work I’ve been making. Something just seems to have fallen into place.
Who inspires you? My Ma, for her kind heart; my partner, whose humbleness is epic; and my amazingly creative, successful, driven friends without whose confidence and support I would never have persisted on this path. Art wise I’d have to say Cy Twombly, Ian Fairweather, Emily Kame Kngwarreye, John Olsen, John Wolseley, Ben Quilty, Brett Whiteley, Agnes Martin and Tony Tuckson.
What are you passionate about? Equality in education. Encouraging kids to have something each day to feel good about. Pickling things. And cheese - I seem to eat a lot of cheese these days.
Which person, living or dead, would you most like to meet? My Grandma (Ma’s mum), Cy Twombly, Emily Kame Kngwarreye, Agatha Christie, Dave Grohl.
What dream do you still want to fulfill? I’ve not travelled as much as I thought I would have at this point in my life. That bothers me. Iceland, South America, Germany and Tasmania are top of my list.
What are you reading? I always seem to have a few going at once. Eyrie audiobook by Tim Winton and narrated by Michael Veitch, Buriel Rites by Hannah Kent and The Complete Father Brown Stories by G. K. Chesterton - I’m a sucker for a good old-fashioned murder mystery. I've also just finished re-reading Holy Cow: An Indian Adventure by Sarah McDonald. I swear I’ve read it about five times but it’s such a fun read.
images courtesy of lily nicholson